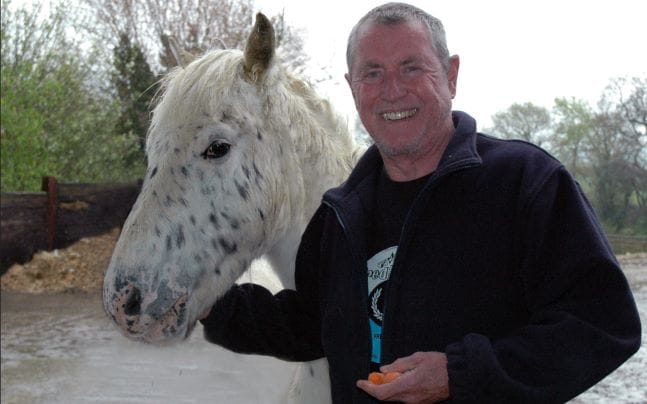 Devon-based actor John Nettles OBE will be signing copies of the book ‘Legacy of Love’ in aid of the Mare and Foal Sanctuary on Friday June 24.

Nettles, famous for his leading roles in Bergerac and Midsomer Murders, is one of 57 actors, poets, artists, photographers and charity founders who have contributed a chapter each to the book, explaining and celebrating their love of animals.

The beautifully illustrated, unique book is the brainchild of long-standing sanctuary supporter Lynne Chitty who has been working on the project for over a year and has donated 20 copies to the sanctuary for visitors to buy on the day.

There is also a foreword written by actor, author and wildlife campaigner, Virginia McKenna OBE.

Nettles, who is a patron of the Mare and Foal Sanctuary, which has several sanctuaries including one near Totnes, will be signing copies of the book at the charity’s Honeysuckle Farm sanctuary near Newton Abbot between 10.30am and 12.30pm.

Tickets cost £12.50 and include the opportunity to purchase a copy of the book, meet with John Nettles and have the book signed, and a cream tea in the barn in the company of the sanctuary’s rescued horses and ponies.

All money raised will go towards supporting the Mare and Foal Sanctuary’s work providing lifelong, life-changing loving care to horses and ponies in need.