Town crave victory after bad week at the office 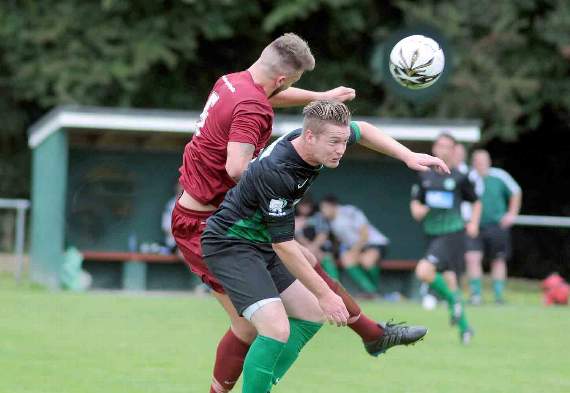 Ivybridge’s defeat left them 16th in the table, so welcoming an Exmouth side who sit 10th presents a challenge, but one that Ivybridge need to meet. The game kicks off at 3pm.

In what Howard unflinchingly described as his side’s worst display for a couple of seasons, the Bridgers were 4-0 down after just 20 minutes against the men from Cornwall.

They then went 5-0 down at half-time, leaving supporters fearing just how bad it might get against a side who were attacking with some verve.

The second half, after a rocket from Howard, saw Town perform far better, scoring a goal of their own on 75 minutes through Dave Youldon and only conceding once.

Howard admitted Launceston played well but still bemoaned the performance, saying: ‘It was incredibly disappointing, we looked lacklustre, we couldn’t keep our shape at all. They scored some nice goals but we gifted them two or three.

‘It’s especially hard considering we drew 2-2 at theirs earlier this season.

‘There were some harsh words at half-time and we came out and played better, but obviously the game’s gone.

‘We’ve got to keep on going and put it behind us.’

One piece of positive news arrived with the news that Town have re-signed midfielder Dennis Mason.

Playing wide right for the Bridgers, in his last season with the club Mason banged in more than 20 goals and should prove a very useful acquisition as the club continue to rebuild.

Meanwhile, Ivy­bridge Town reserves played out an entertaining 3-3 draw with Ashburton in the premier division of the South Devon league.

The Bridgers put in a better performance on Wednesday night at home to Callington Town, but still lost 1-2 to the visitors.