Bridgers beaten on trip across the Tamar 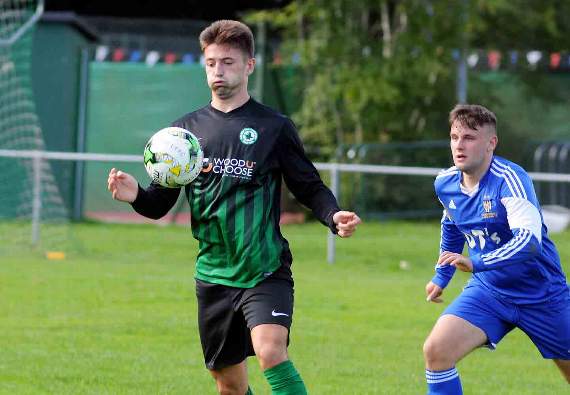 Ivybridge Town are looking to kick-start their season this week as they face a run of three games at their Erme Valley home writes Tim Leigh.

Having seen 11 players depart in close season, the Bridgers have understandably not hit the heights they managed the previous campaign as their very young squad acclimatises to the rigours of this level of football.

Their latest match saw them travel to St Austell, one of the strongest sides in the league, on Tuesday night, where they went down 5-2 despite an encouraging display.

General manager Brian Howard has ensured the traffic has not been all one way, however, with former Tiverton Town man Paul Edwards joining Nicky Marker as joint coach.

At a youthful 48, Edwards has proved age is but a number as he has laced up his boots and been performing on as well as off the park.

Howard said: ‘We’ve obviously had to rebuild after losing 11 players, it’s really disappointing because I think if we’d kept the same squad we’d have really challenged this season.

‘We’re regrouping now, we had a tough run of fixtures in the first month, but we played really well last night in defeat at St Austell.

‘We’ve had to use Paul just because of the experience he brings and what he can give to our youngsters.

‘I’m really pleased with thew attitude the players showed last night even though we lost, the performance was brilliant, it was never a 5-2 game.

‘Hopefully we can pick up some points in these next three matches.’

Ivybridge, who currently sit 15th in the table, face Launceston tomorrow and will be desperate for a win after seeing the Cornishmen grab a draw against them earlier in the season with a last-minute penalty.

After that they face another side from across the Tamar, Ca­llington, on Wednesday night, kick-off 7.30pm, before facing Ex­mouth Town the following Saturday.