Bridgers bounce back in style to claim point from title favourites 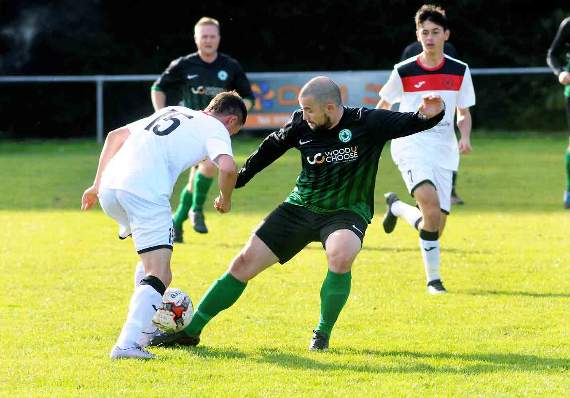 Ivybridge Town will be looking to build on last weekend’s promising draw against title contenders Bodmin when they welcome Saltash to Erme Valley on Saturday, October 29.

Saltash sit third in the table, just three points behind Bodmin Town, and beat New­quay 5-0 away from home in their last match, so the Bridgers know they will have to be on top form once more to take anything from the game.

Ivybridge Town general manager Brian Howard was hoping he would be able to name the same team that did so well against Bodmin Town, but unfortunately changes are forced upon them.

Town will undoubtedly miss Youldon in particular, whose partnership with Marcus Iles in central defence, necessitated by injury, proved effective in reining in the most dangerous attack in the league in Bodmin as the Bridgers drew 1-1.

After an early goal, the Bridgers largely nullified the threat of Bodmin, and went in 1-0 down at the half-time break.

They kept up their stifling play in the second period and then scored a brilliant goal through Nick Aplin, who robbed a defender of the ball wide on the left, saw the ‘keeper was off his line, and planted the ball perfectly in the top corner of the net.

The visitors then held on with relative comfort to grab a very welcome and unexpected point.

Howard was thrilled with the performance of his side, and admitted he’d feared the worst when they went a goal down with less than 10 minutes on the clock.

He said: ‘It was a really good performance, probably our best of the season. We conceded early, some poor marking in the box, and I did think here we go again, but we hung in there until half time.

‘At the break myself and Nicky Marker were just telling them to stay in the game, not to go chasing it and concede again, which is what we’ve done at times this season.

‘We worked hard all game and after 80 minutes Nick Aplin, who signed for us from Liskeard, got his first goal for the club, a cracker.

‘He got 22 goals for Liskeard last season, so we’re hoping this will be the first of many for us.

‘The defence was really good after the early error, Dave Youl­don and Marcus Iles were outstanding in central defence.

‘A point at Bodmin is a great boost, but we’ve got a tough game now at home to Saltash.’

Meanwhile, Ivy­bridge Town reserves narrowly lost out at home to Ipplepen Ath­letic, going down by three goals to two.