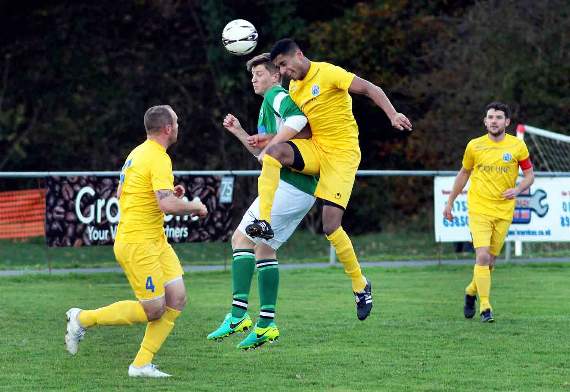 Ivybridge Town face a long journey to take on Godolphin Atlantic tomorrow hoping to go one better than last weekend and grab what would be a morale-boosting victory.

The trip down into Cornwall is the first of three across the Tamar for the Bridgers in the next few weeks, with Camelford and Helston Athletic hosting the following two weekends.

Atlantic are currently sat 12th in the table, like Ivybridge enjoying a worse-than-usual season, so the Bridgers will feel a result is possible, especially if they replicate the first-half performance they managed last weekend.

Town delivered a great all-round performance in the first period against Helston, taking the lead on 25 minutes when a long ball through the middle found Nick Aplin and he finished off, then doubling their lead 10 minutes before half time.

This time an excellent free kick from Todd Hanrahan saw Dave Youldon on hand to head in superbly at the back post.

General manager Brian Howard was pleased with his side’s application, saying: ‘We played really well first half, we should have been 4-0 up at half time, we hit the post and had three more good chances.’

However, Ivybridge failed to kick on in the second half, going off the boil and ending the match second best, although they could still have won it late on.

Howard was certainly unhappy with the manner of Helston’s first goal, but overall felt his side were suffering from their lack of wins this season. He said: ‘The second half we just lost our way, I think it’s a confidence thing.

‘They pulled one back when the referee overruled his linesman on an offside decision, the first time I’ve seen that this season, and then when they equalised it was all hands to the pump.

‘Right at the end Steve Sutton had a golden chance to win it but couldn’t score, so it’s disappointing but it’s a point earned.

‘We’re a point further away from the bottom two and we go again on Saturday, the first of three long away trips.’

While the result ended up being disappointing, the performance was a lot better than some this season and Howard felt the team looked more solid, so hopefully that bodes well for the coming weekend.

Town were meant to be in action on Tuesday night away at Plymouth Parkway in the quarter-final of the St Luke’s Bowl, but Parkway called off the match in the afternoon with bad weather forecast. A date has yet to be announced for the rescheduled game.