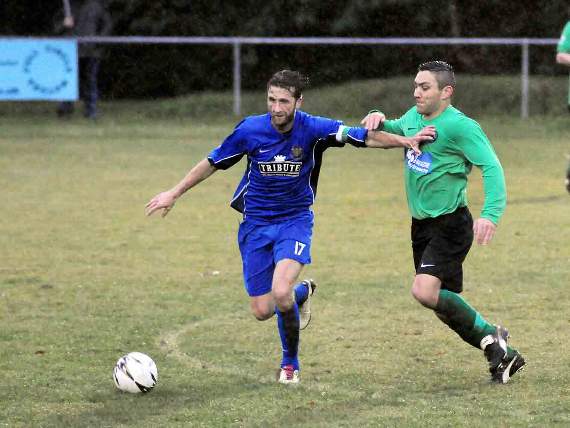 Ivybridge will go into this weekend’s trip down to Newquay missing three players but full of confidence after a dominant display against St Blazey at Erme Valley last time out.

It was particularly pleasing to see home-grown Ivybridge talent shining as well, with Billy Rowell, who has been with the club from his junior days, winning the man-of-the-match award for an impressive performance.

It was his goal that secured all three points for the Bridgers, a result Ivybridge Town general manager Brian Howard thought was no more than his side deserved after scoring a goal in each half.

He said: ‘It was a very good win and a deserved result. It was fairly even-stevens first half, we didn’t play particularly well, but we dominated the second half and just needed that second goal to make the game safe.

‘Our ‘keeper was barely called into action in the second half, it was a good, confident performance.

‘We’ve got three out this weekend, the story of our season, and we take on Parkway at their place on Boxing Day, which won’t be easy, so three points on Saturday would be helpful.’

One player who will be available at the weekend after making the transition into the first-team squad is Alex Cairo, who was playing for the U18s before impressing Howard so much he’s now been called up permanently. ‘He’s definitely one to watch’ was Howard’s verdict.

The game against St Blazey started off as a low-key affair, with the Bridgers going ahead midway through the first half in somewhat fortuitous fashion. James Rowe struck a venomous shot from the edge of the area which the visitors’ ‘keeper did well to tip on to the crossbar, but from there it ricocheted off the Blazey defender and in to the net for 1-0.

The rest of the half saw little to choose between the two sides and the scoreline remained the same as the half-time whistle blew.

The second half saw Town step up their game and dominate matters, searching for the second goal to kill the game off. That goal arrived on 70 minutes when Steve Sutton broke down the right and crossed for Rowell to make no mistake at the far post to seal victory.